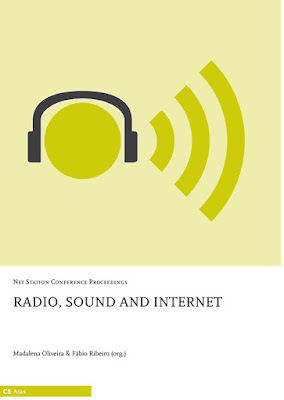 "At odds with the idea that radio is an archaic and nostalgic medium, the Internet has been understood as a kind of new transistor. However more than an expanded form of wireless communication, the Web corresponds to a new age for radio and audio media. Born to be blind, or non-visual, for the first time radio has been seriously challenged by the empire of images. Due to its optical nature, the Internet has actually “forced” radio to become visible, given that there is no other way to tune in a radio broadcaster on the Internet than “navigating through” icons. Although more visibility usually means less capacity to listen to something, the Internet has also brought new forms of listening to. Podcasts and audio on demand are today a sophisticated, but absolutely simple, way of providing listeners with new audio productions. Corresponding to a new way of listening to radio and a new paradigm of audio content distribution, as acknowledged by Ignacio Gallego (2010), podcasting represents one of the most innovative audio services provided by Internet. Adapted both to information and fiction/entertainment, this format changed the way radio has always been regarded. If in the past it was exclusively dedicated to live broadcast, which meant that audience and broadcast were simultaneous, today radio is, likewise other mainstream media, a platform of customized content".
à(s) setembro 30, 2015
Enviar a mensagem por emailBlogThis!Partilhar no TwitterPartilhar no FacebookPartilhar no Pinterest
Etiquetas: Rádio

Perfil do autor do blogue